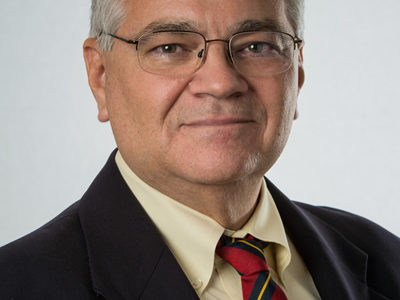 “Do I need to hire a tax lawyer?” If you live or work in Columbia SC, that’s a question you may face at some point or another. The answer may depend on the type of IRS tax problem you are up against. Making the right call is crucial; fines, penalties and even imprisonment may result if you make the wrong call.

Depending on your individual income tax situation, there are many questions you should consider, any of which may require the services of a skilled tax lawyer.

You may be reacting to some Internal Revenue Service action:

Or, maybe you are taking some proactive steps to address your income tax situation:

These are just a few questions you may be pondering. Whatever your situation, proactive or reactive, your tax lawyer understands federal income tax law, can help answer your tax questions and also find their resolutions.

But, a tax lawyer is just for the SERIOUS cases, right? Not necessarily. If you are disputing an IRS action, large or small,do you know who to contact at the IRS? Do you know how to properly phrase your argument? Do you feel like nobody is listening to you or returning your calls? Did you know that he clock is ticking? There is often a time limit for contesting an IRS action. So, even when the stakes do not seem extremely high, tax lawyers can help guide you though the process more quickly and efficiently.

Important information for this year’s filing season is included below. Additional information and resources are available on our website at dor.sc.gov/iit. This article is an excerpt from news@dor.sc.gov.

The SCDOR reminds taxpayers that electronic filing is the most efficient and safest way to file.

“Approximately 87% of South Carolina taxpayers filed electronically in 2017,” said Hartley Powell, SCDOR Director. “We encourage all taxpayers to please consider the many benefits of electronic filing before deciding to file on paper.”

Taxpayers can learn more about the many available electronic filing options on our website at dor.sc.gov/iit-filing including free electronic filing for eligible taxpayers through the Free File Alliance. Taxpayers can complete and submit simple Individual Income Tax returns online with SC Fillable Forms starting January 29, 2018.

The SCDOR is committed to keeping your tax refund safe from fraudsters, and our anti-fraud measures remain aggressive. If you receive an SCDOR letter requesting verification of a return or additional information, please know this is for anti-fraud purposes and may delay some refunds. Your prompt response is appreciated.

If you suspect a refund has been fraudulently requested on your behalf, complete and submit the IRS Identity Theft Affidavit Form 14039 and call the SCDOR’s dedicated customer care line at 1-803-898-7638. Protect your personal information from fraudsters, and review security tips available on our website.

The “Dirty Dozen,” a list compiled annually by the IRS, describes a variety of common scams that taxpayers may encounter. Many of these schemes peak during filing season as people prepare their returns or hire others to help them.

Scams can lead to significant penalties and interest and possible criminal prosecution. IRS Criminal Investigation works closely with the Department of Justice to shutdown scams and prosecute the criminals behind them.

Some people falsely increase the income they report to the IRS. This scam involves inflating or including income on a tax return that was never earned, either as wages or self-employment income, usually to maximize refundable credits.

Much like falsely claiming an expense or deduction you did not pay is not right, claiming income you did not earn is also inappropriate. Unscrupulous people do this to secure larger refundable credits such as the Earned Income Tax Credit and it can have serious repercussions. Taxpayers can face a large bill to repay the erroneous refunds, including interest and penalties. In some cases, they may even face criminal prosecution.

The IRS cautions taxpayers to avoid getting caught up in scheme disguised as a debt payment option for credit cards or mortgage debt. It involves the filing of a Form 1099-MISC, Miscellaneous Income, and/or bogus financial instruments such as bonds, bonded promissory notes or worthless checks.

Con artists often argue that the proper way to redeem or draw on a fictitious held-aside account is to use some form of made-up financial instrument such as a bonded promissory note that purports to be a debt payment method for credit cards or mortgage debt. Scammers provide fraudulent Form(s) 1099-MISC that appear to be issued by a large bank, loan service and/or mortgage company with which the taxpayer may have had a prior relationship, to further perpetrate the scheme. Form 56, Notice Concerning Fiduciary Relationship, may also be used by participants in this scam to assign fiduciary responsibilities to the lenders.

Taxpayers may encounter unethical return preparers who make them aware of these scams. Remember: Taxpayers are legally responsible for what’s on their tax return even if it is prepared by someone else.

It is important to choose carefully when hiring an individual or firm to prepare your return. Well-intentioned taxpayers can be misled by preparers who don’t understand taxes or who mislead people into taking credits or deductions they aren’t entitled to in order to increase their fee. Every year, these types of tax preparers face everything from penalties to jail time for defrauding their clients.

To find tips about choosing a preparer, better understand the differences in credentials and qualifications, research the IRS preparer directory, and learn how to submit a complaint regarding a tax return preparer, visit www.irs.gov/chooseataxpro.