Fast and Free - In Person - Confidential Plan for You

SCHEDULE YOUR FREE CONSULTATION TO LEARN ABOUT

Ethical, Vigorous, Experienced Defense of the Average American Taxpayer challenged by the tax authorities of government. 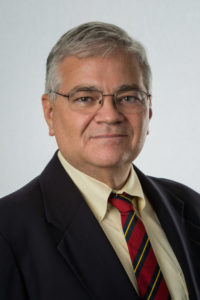 If you have been contacted by the IRS due to unpaid tax returns, are subject to an IRS audit or are receiving IRS penalties, contact our office today at 803-771-4037.

We offer free consultations and peace of mind knowing that your IRS tax controversy problems are being taken care of.

A federal jury in Columbia late Wednesday afternoon found five defendants guilty of committing various kinds of tax fraud in conspiring to get millions in IRS refunds and actually getting some $2 million before government agents discovered their scheme.

After five days of testimony and hearing from 27 government witnesses, the jury took just 90 minutes to find all five guilty of 36 out of 37 counts of charges related to various kinds of federal tax fraud. They will be sentenced at a later date.

During the trial, two of the five defendants took the witness stand to describe what even their lawyers admitted was a bizarre scheme whereby the defendants asserted their belief that the U.S. government has large stashes of cash accessible by people with secret knowledge of how to file the correct IRS forms.

The defendants face 10 or more years in prison each.

The South Carolina Department of Revenue says Christopher Breeden, 34, owes the state more than $7,800 in unpaid taxes.
Breeden was charged Thursday with 6 counts of attempt to evade income taxes, SCDOR said in a news release.
He did not file state tax returns for 2008 and 2009 and 2011 through 2014, SCDOR said.

Breeden allegedly told state officials that “for tax purposes, he was exempt with his employer” from paying taxes on the $276,579 he earned during the six years in question.

If convicted, he could end up paying the state a lot more. He could face up to five years in jail and/or a fine of up to $10,000 on each count.
Breeden was being held at the Alvin S Glenn Detention Center Thursday afternoon.

Contact the IRS immediately to resolve your tax liability and request a tax levy release. The IRS can also release a levy if it determines that the levy is causing an immediate economic hardship. If the IRS denies your request to release the levy, you may appeal this decision. You may appeal before or after the IRS places a levy on your wages, bank account, or other property. After the levy proceeds have been sent to the IRS, you may file a claim to have them returned to you. You may also appeal the denial by the IRS of your request to have levied property returned to you. For a full explanation of your appeal rights, see Publication 1660, Collection Appeal Rights (PDF).

The IRS is required to release a levy if it determines that:

Please note: The release of a levy does not mean you don’t have to pay the balance due. You must still make arrangements with the IRS to resolve your tax debt or a levy may be reissued.

Contact Us for help with tax levy release requests, to resolve your tax debt, or to assist you in making arrangements with the IRS.